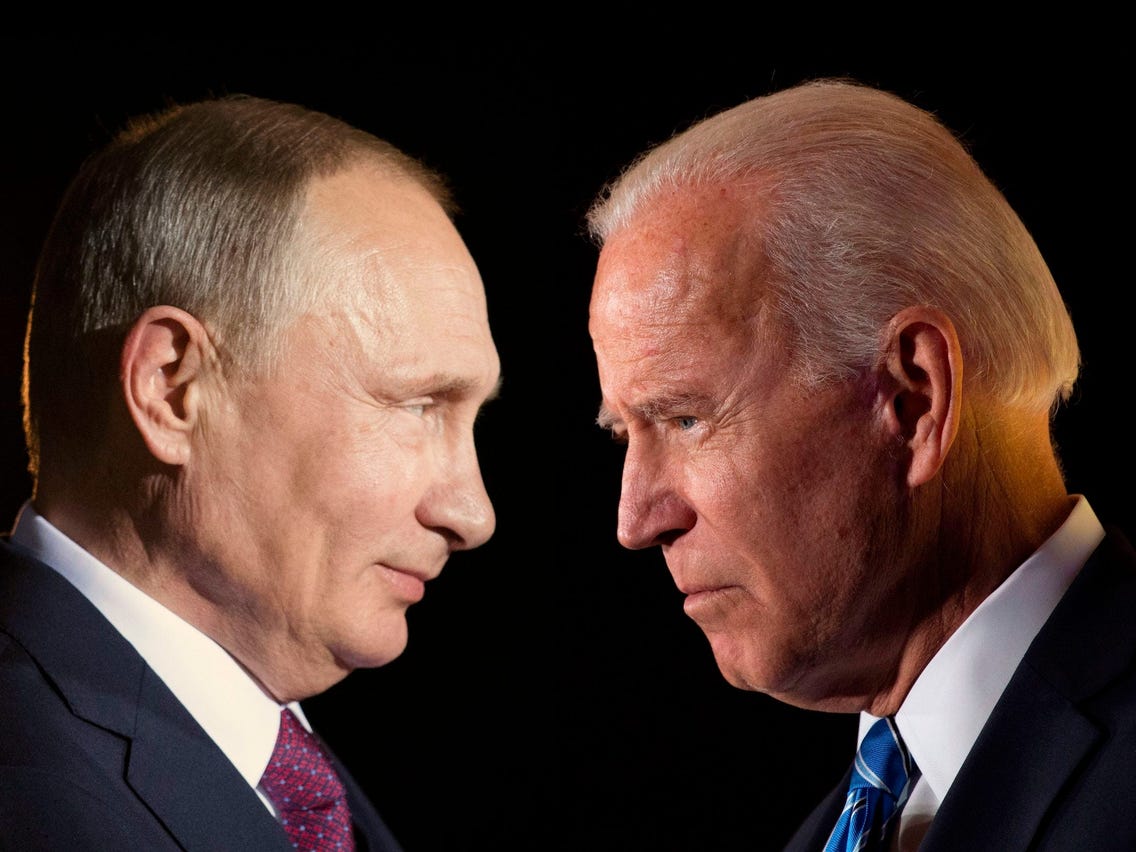 Following Russian moves, the United States, its allies and partners have rolled out tough sanctions on Russia for its premeditated moves against Ukraine. For over 24 hours now, Vladimir Putin, President of Russia has ordered cyber-attacks and a brutal assault on the republic of Ukraine without provocation, without justification, without necessity. This military attack has witnessed air raids, missile strikes on historic cities, followed by tanks and troops rolling in on Ukraine. The Russian President has rejected every good-faith effort by the United States, its allies and partners to dialogue to avoid needless conflict and avert human suffering.

The sanctions rolled out by the US and its allies are targeted at certain financial institutions and individuals — but somehow these sanctions still feel like they are not yet the most severe the West has the capability to impose. However, the United States believes since Putin has chosen war, he and his country will have to bear the consequences. These consequences will have short term and long term effects on Russia.  According to President Biden, “We have purposefully designed these sanctions to maximize the long-term impact on Russia and to minimize the impact on the United States and our allies.”

Although the United States is not doing this alone, Twenty-seven members of the European Union, including France, Germany, Italy, as well as the United Kingdom, Canada, Japan, Australia, New Zealand, and many others have amplified interest to joint in and impose these sanction. Also included is the G7 leaders who show support and are in full and total agreement to commit to it. According to the US President, “Today, I’m authorizing additional strong sanctions and new limitations on what can be exported to Russia. This is going to impose severe costs on the Russian economy, both immediately and over time. We will limit Russia’s ability to do business in Dollars, Euros, Pounds, and Yen to be part of the global economy. We are going to stunt the ability to finance and grow the Russian military.”

The United States is bent on preventing the country from importing American technology as this will go in a bit to impair the nation’s ability to compete in a high-tech 21st-century economy. Between actions taken by The US and those of its allies and partners on technology, it’s estimated that more than half of Russia’s high-tech imports will be halted. These sanctions will limit the ability to continue to modernize their military. This sanction hopes to make Russia less competitive economically. This move is also targeted to degrade the Russian aerospace industry and the space programs it operates. The cut of Russian high-tech imports will go a long way to hurt the Russian ability to also build ships and modern facilities critical to its defence, aerospace and maritime industries, but most importantly hurt Putin’s long-term strategic ambitions.

Russian banks are not spared as well, sanctions are being rolled out on banks that together hold around $1 trillion in assets, more than half of the country’s banking assets. The aim is to cut off Russia’s largest banks and some oligarchs from much of the global financial system. Another four major banks have been blocked, while every asset they have in America is being frozen.  This includes V.T.B., the second-largest bank in Russia, which has $250 billion in assets. The US has also stopped the Russian government from raising money from U.S. or European investors.

According to reports, the sanctions on financial giants will cause immediate disruptions to Russia’s economy but it’s observed that Russia can manage that over the longer term. As for technological restrictions, this could cripple the functioning of certain Russian industries. Other countries have joined the list and sanctioned Russia one way or the other. Britain has unveiled penalties largely in line with America’s, but with an addition such as barring the Russian airline – Aeroflot, from operating in its territory. The European Union have announced bans on large bank deposits in the European Union and halts in many technological exports to Russia, including semiconductors. Japan and Australia have also gone ahead to unveil various sanctions bent on limiting Russia’s abilities.

However, the US sanctions stopped short of cutting Russia off from SWIFT – the Belgian financial messaging system that links more than 11,000 financial institutions in over 200 countries and territories. A move by the U.S. and Europe to kick Russia off SWIFT had been characterized by some financial experts as a nuclear option, with some warning it could have negative impacts on the global economy. The US President has disclosed that European allies were opposed to kicking Russia off SWIFT but argued that the sanctions raised against Russia are “more consequential,” Russia’s access to SWIFT can be revisited later.

Meanwhile, the United States is moved by the happenings in Ukraine, the next few weeks and months will be hard on the people of Ukraine as Putin is bent on unleashing great pain. This is a dangerous moment for all of Europe and for freedom around the world. Putin has committed an assault on the very principles that uphold global peace. The United States and its allies have ruled out sending troops to defend Ukraine. However, the United States announces it will defend every inch of NATO territory with the full force of American power.