Home Software Here’s What To Expect When You Upgrade To iOS 10.3
Share

Apple rolled out the latest update to iOS 10. Called iOS 10.3 which can be downloaded and installed on newer models of the iPhone and iPad. The latest update includes CarPlay improvements, Find My AirPods support, ride booking and payments with Siri among others. 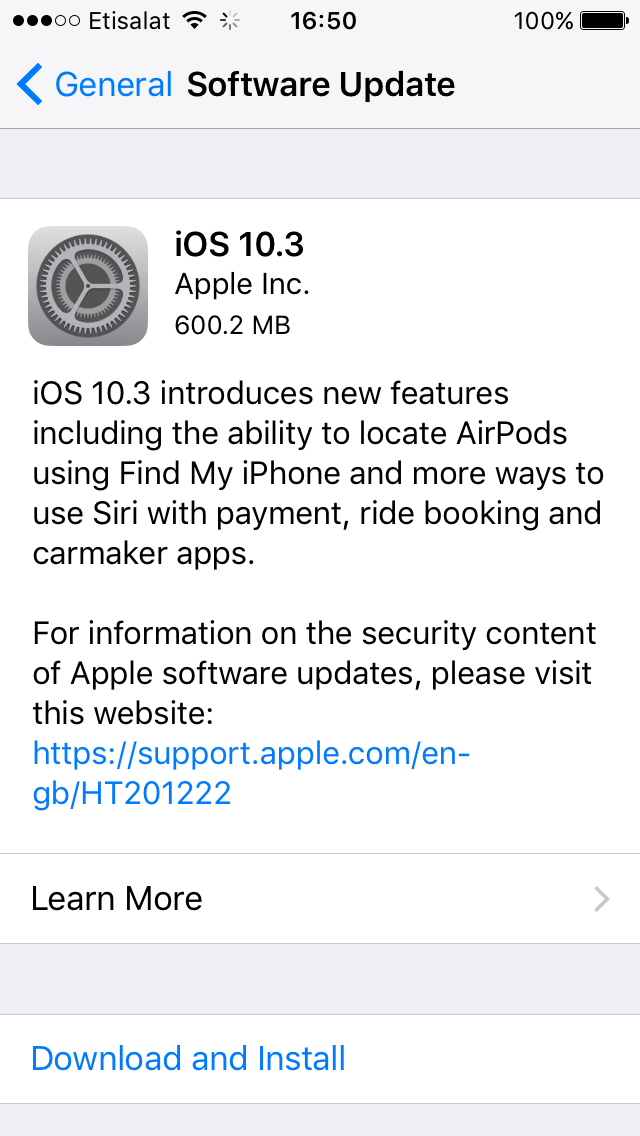 When we first talked about iOS 10.3 back in January, we reported that it would also come with a new app review policy. This means that the number of times you see those app review request pop up on your phone will be significantly cut to three times a year. Not to anger developers, the new update will allow developers also reply directly to app reviews.

Other changes you might expect from the latest in the iOS family is support for Apple File System (APFS) which is intended to free up some space on your device, Reduced Motion Preference support in Safari, new interface for CarPlay status bar that now allows you switch between features without having to go through the Home Screen, Podcast app now has a widget, cricket scores from the  Indian Premier League and International Cricket Council and 3D Touch forecast for weather in the Maps app among others.