Apple finally unveiled a new iPhone today and its called iPhone 7 just like the reports put it. The company also announced the Apple Watch 2, made game announcements among others but let’s talk about the new iPhone shall we.

In line with Apple’s tradition, it unveiled the iPhone 7 and iPhone 7 Plus.

If you’ve been an iPhone fan and have thought over the years that you’ve not seen a significant change in the hardware at least, you may be in for a surprise this time. First thing you notice is a new kind of home button. So here’s what to expect before you order for the new iPhone;

The Home Button has been redesigned in Apple’s words to be a durable and responsive, and working in tandem with the new Taptic Engine, provides more precise and customizable tactile feedback. This is a departure from the Home Button we are used to which you press once to go the phone home page or tap twice to bring up open pages as in newer versions of the iPhone. The new Home Button is able to detect how detect how firmly it is being pressed and will provide a vibration based feedback. I must add the Home Button has gradually evolved over the years because newer in iPhones going back to iPhone 5S, holding he Home Button will show you a Siri interface. With the new Home Button though, it just means that you will have more options depending on how hard you press it.

The iPhone 7 and 7 Plus features a wide angle and telephoto 12 megapixel sensor cameras on the back.

“The 12-megapixel camera includes optical image stabilization on both iPhone 7 and iPhone 7 Plus, and a larger ƒ/1.8 aperture and 6-element lens enable brighter, more detailed photos and videos, and a wide color capture allows for more vibrant colors with more detail. iPhone 7 Plus features the same 12-megapixel wide angle camera as iPhone 7 and adds a 12-megapixel telephoto camera that together offer optical zoom at two times and up to 10 times digital zoom for photos.” 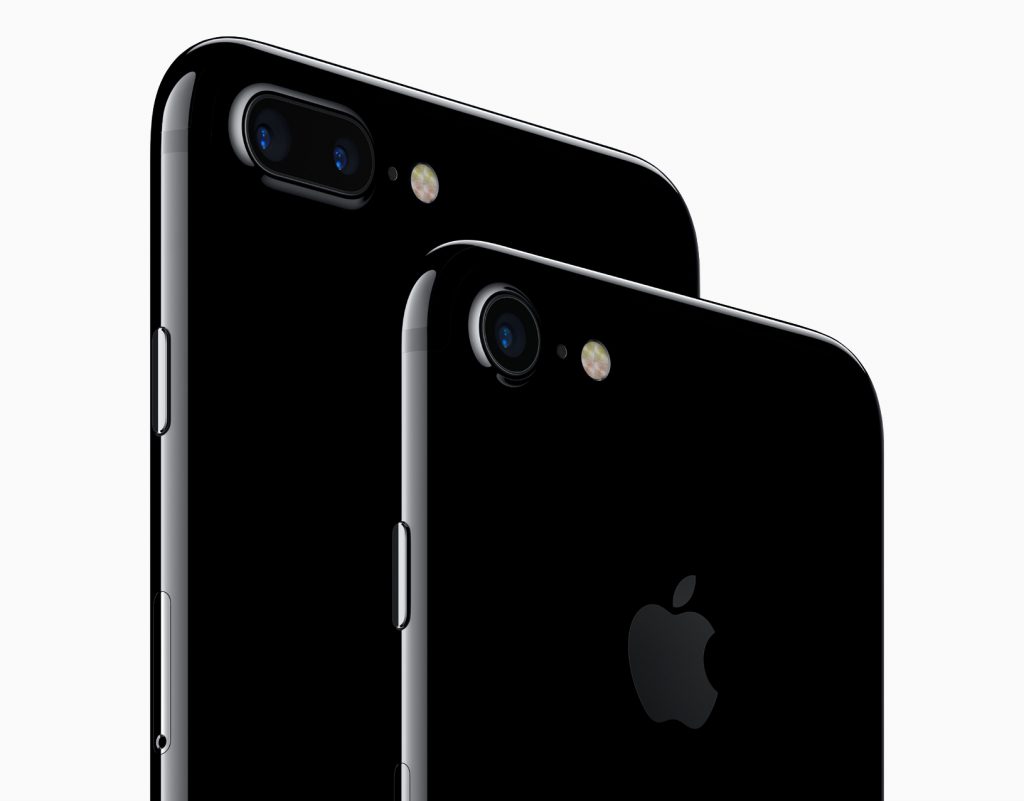 The two cameras allow the device to zoom 10 times which is double what it used to be in previous devices. Switching between the cameras is quite easy from within the camera app by tapping on the 1x or 2x button. Via a software update later this year, “the dual 12-megapixel cameras also enable a new depth-of-field effect, using both cameras on iPhone 7 Plus to capture images, while sophisticated technology including Machine Learning separates the background from the foreground to achieve amazing portraits once possible only with DSLR cameras.”

The 3.5mm headphone jack is no more. 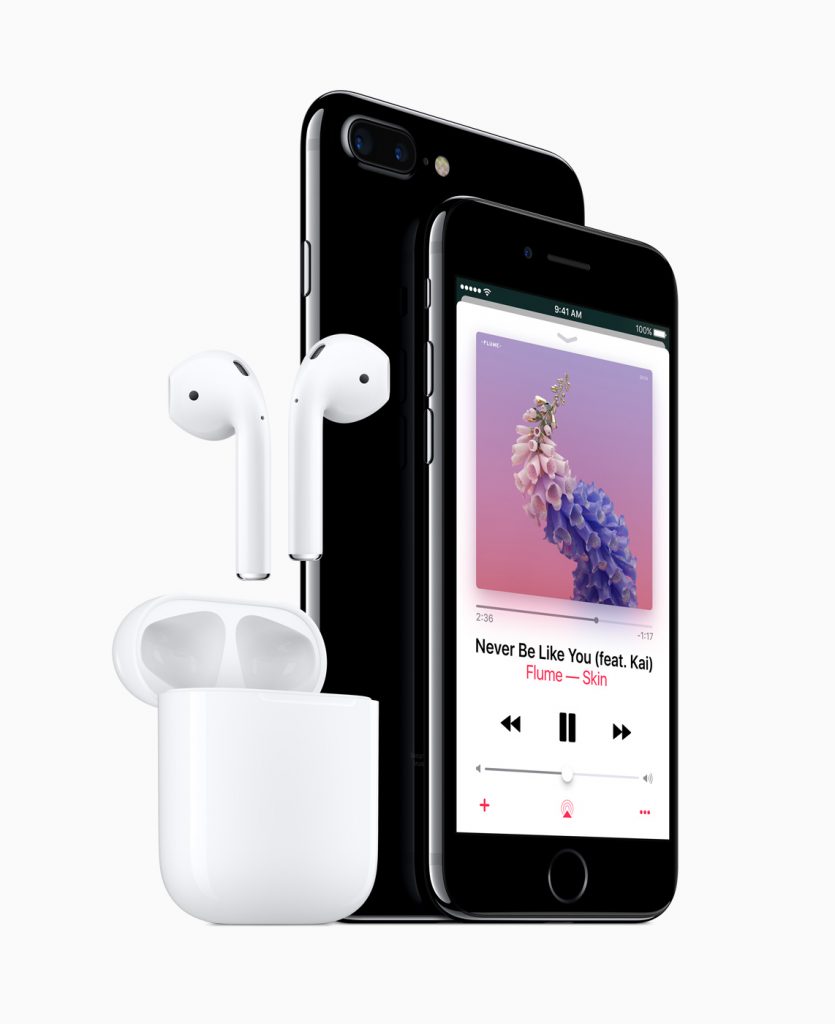 Made popular by the Sony Walkman radios, the 3.5mm headphone jack has become a standard audio feature  that can been seen in almost all electronic devices that provide audio or audio-visual services after its launch in 1964. But as with any technology, with time they become less popular and Apple has now taken a big step to eliminate the regular headphone socket we’ve been used to.

The new $159 Airpods is a wireless headphone that can be paired with the phone faster than connecting through Bluetooth. In addition to this, there’s an infrared feature that detects when they are plugged in a user’s ears which automatically stops audio once taken off. In Apple’s words, the new Airpods feature the new Apple W1 chip, AirPods have extremely efficient wireless communication for a better connection, improved sound and industry-leading battery life. AirPods harness the power of Siri, allowing you to access your favorite personal assistant with just a double tap.

What Apple is saying is that the Airpods are connected to Siri from where you can directly make voice commands by double tapping their sides. As you might expect though, this means that you have to charge this device separately and on full charge, they can last up to five hours. They come with a battery case that provides 25 hours of use as well.

Still on the audio side of the new device, iPhone 7 now features stereo speakers placed at each end of the device which means the new iPhone’s sound output is twice the iPhone 6S according to Apple.

Apple owned Beats announced a series of headphones that use this technology as well and so you have it, its bye to the 3.5mm headphone jack if you must use the iPhone 7.

The new iPhone 7 will feature the all new A10 Fusion processor which is reportedly 40 percent faster than the last one. It also processes graphics 50 percent faster than the A9. The CPU has four cores which is two cores more than the iPhone 6 and is capable of running at one-fifth of power of high performance cores according to Apple. So if you thought you saw a fast processor in the iPhone 6, this is two times its overall performance.

On the connectivity side, they both feature support for up to 25 LTE bands (for best roaming options) and LTE Advanced for three times faster data rates than iPhone 6 at up to 450 Mbps.

Lastly for software, it will run on iOS 10.

The phone is both water and dust resistant which means you now have to worry less about spills and dust.

Don’t forget to add $159 for the Airpods

It’ll be available in more than 25 countries beginning Friday, September 16.

The Way Nintendo Introduced Their Consoles To The West

PHP Web Development Trends That Will Influence In 2021

Tech Options That Will Increase Your Business Success