It is no longer news that social media giant Facebook wants a share of the original video content pie and is doing all it can to make this happen. Well to put money where their mouth is, the social media giants is set to dish out $1 billion to invest in original TV content, produce original TV shows for their platform and become a major video hub like Netflix and YouTube. 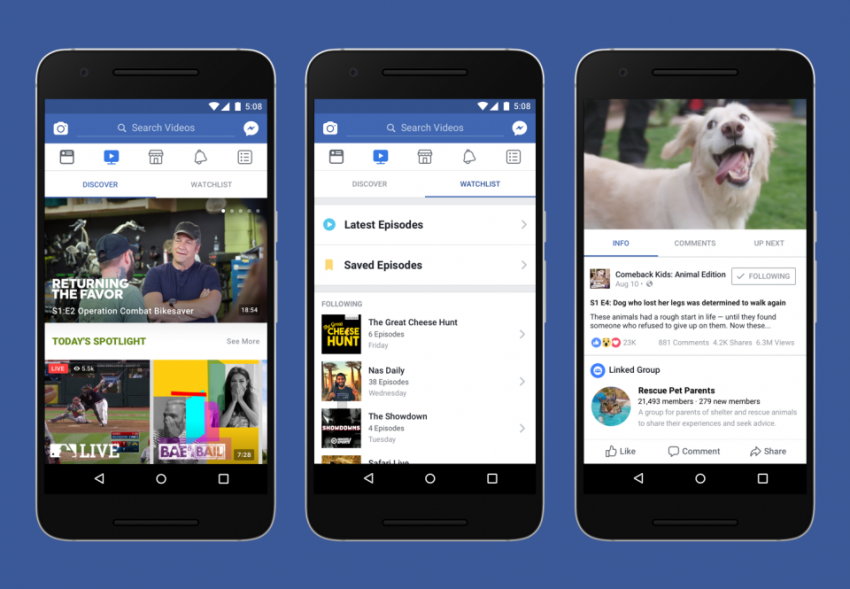 However, the figure can change or fluctuate based on the success of the TV content shows which will run through 2018 as reported by The Wall Street Journal. Rivals such as Netflix, Amazon, have or are spending over $6 billion and $4.5 billion in 2017 respectively which is far more than what the social media giants intend to start with.

The company has improved its strategy for video content, including cutting deals for digital TV shows. Early last month, Facebook rolled out “Watch” service — a redesigned video platform for creators and publishers — for every US citizen who uses the social media platform.
Facebook is offering a range of different options for discovering video content, including programmes and sections like “Today’s Spotlight”, “New This Week”, “Popular Now”, “What Friends Are Watching”, “Most Talked About”, “Suggested For You”, and a special “10 Minutes Or More” spot for long-form videos.

Apple which is another potential competitor is spending $1b as well but has teamed up top producers for original content too.