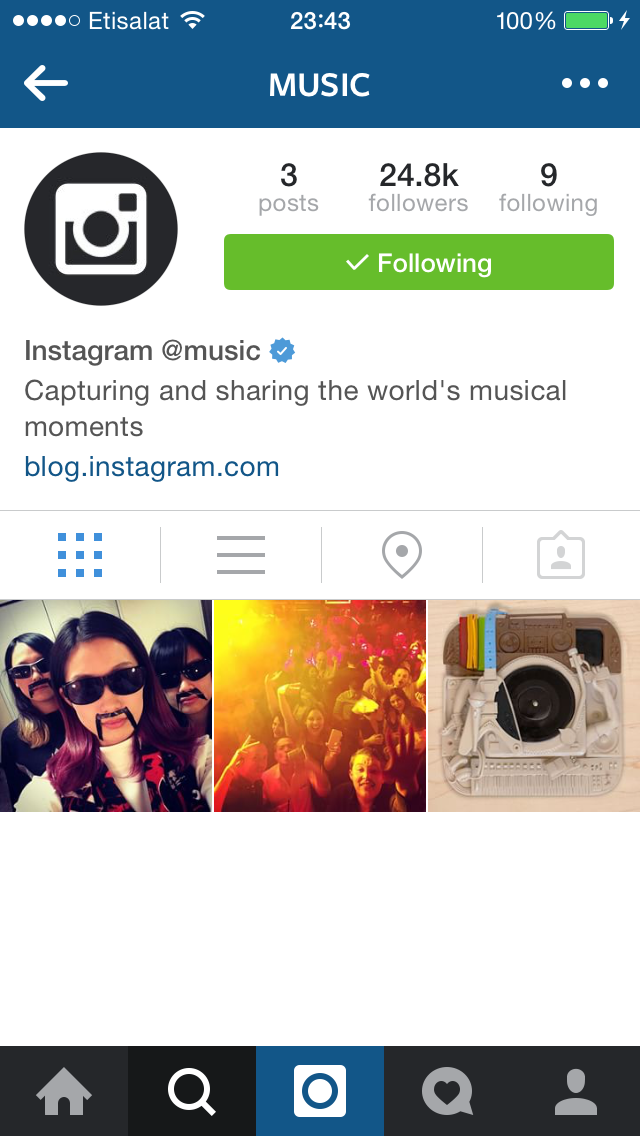 Instagram is now taking advantage of its over 300 million user base to launch a @music account on its platform. This was made public by its CEO Kevin Systrom on the company’s blog. The @music is  a new account dedicated to exploring music around the globe, from those who create it to the community around it. This account will share files from photos to lyrics as well as the artist that made them. This is basically a service to promote music from artists across the world.

Late last year, Taylor Swift asked that all of her music be removed from Spotify; the fast growing music streaming platform for reasons that bordered on piracy. Apple has acquired “Beats” for about $3b. Sean “Jay-Z” Carter owned Tidal streaming service also launched with a promise to collaborate with artists more.

This new service @music from Instagram is not a streaming service though, its just an account set up to feature components of music like photos and stories about the artists and this makes it different from what you see on other social platforms which allow streaming services to integrate directly into their Feed. Twitter attempted such a service but that never saw the light of day so let’s hope this one from Instagram sticks around for a while. At the time of this report, the account already had over 24k followers. There you go