Newly leaked documents from the U.S. Patent and Trademark Office (USPTO) reveal that Apple patented a bendable phone concept which could mean one of the future iPhone models would indeed be bendable. According to U.S. Patent No. 9,504,170 which is actually Apple’s Patent, the device is described as a “Flexible OLED Device…….. an iPhone with a foldable full-screen display” and this could be the start of a futuristic smartphone from Apple even though I personally don’t think it will see the light of day anytime soon. My pessimism is born out of Apple’s usual style of patenting products like this and not carrying it out in the end. 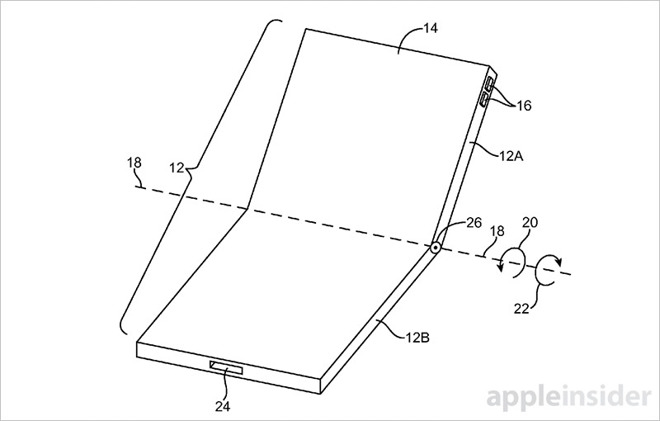 This report was first reported on the AppleInsider website where it was also said that Apple’s invention relies on a number of flexible components, the most important being an OLED display and metal support structure. For the latter, the document proposes nitinol, a nickel and titanium alloy known for its elasticity and unique shape memory abilities. Alternative embodiments involve flexible polymers.

The foldable OLED (Organic Light Emitting Device) appears to be the main component according to the patent filing and with the support of other materials, it’s able to bend and rotate without any consequence to the overall performance of the device. 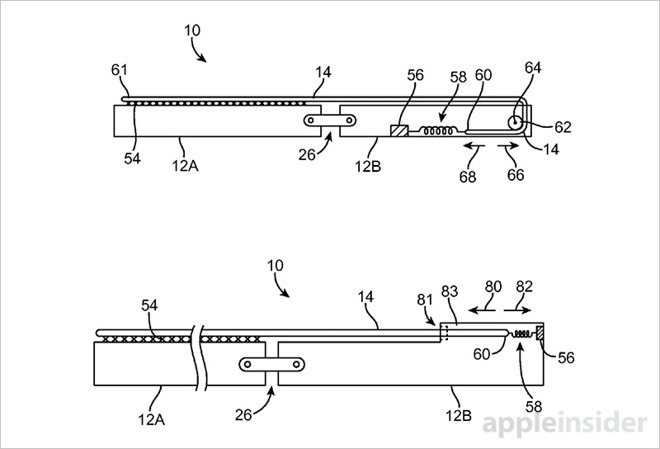 “In one example, the proposed smartphone’s screen folds over onto itself similar to an old clamshell cellphone, offering additional protection from the elements. An opposite configuration describes the display as facing outward after folding for easy operating access. In this second orientation, the device housing can include sawtooth detents at its distal ends for clipping onto a user’s clothing.”

This is not the first we will be hearing of bending smartphones even though there were reports of the iPhone 6 bending, those have been largely debunked as just rumours. On a more serious note though, Apple’s main rival Samsung is reportedly working on releasing two models of phones with bendable screens as early as next year. That said, while I still feel slightly pessimistic about Apple following suit anytime soon, I could very well be wrong because since it main rival is already talking about releasing such a device next year, they might as well just make this filing a reality in order to keep the competition alive.