Home Cloud Microsoft Launches Teams To Take On Slack And Trello, Then Slack Posted An Ad To Register Its Displeasure
Share

Microsoft launched Teams to take on services like Trello and Slack yesterday. Teams is a  productivity and chat tool that is embedded into Office 365; a name given to some productivity tools which Microsoft provides mainly as a cloud service to subscribers for a fee. Teams is being included to make the Office 365 service more robust for users.

Microsoft Teams allows users to chat with each other in addition to services like file sharing, meeting calendars and ideas. “Microsoft Teams brings together the full breadth and depth of Office 365 to provide a true hub for teamwork. Word, Excel, PowerPoint, SharePoint, OneNote, Planner, Power BI and Delve are all built into Microsoft Teams so people have all the information and tools they need at their fingertips.” 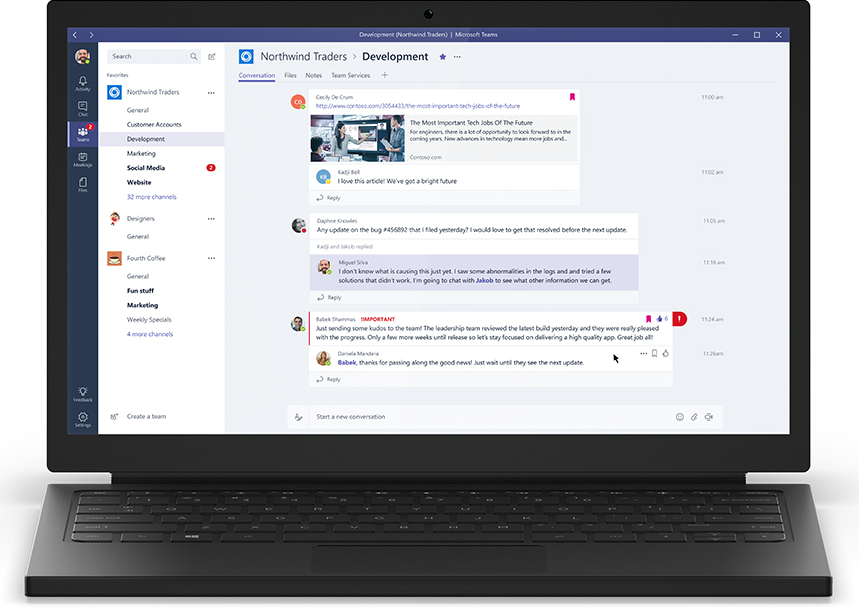 Microsoft is also making Teams customisable so each interface looks unique. They are doing this by opening APIs available at general availability.

That said, it looks like Slack isn’t happy with the fact that Microsoft launched a service that offers a service they already offer. They published a full page ad in the New York Times earlier today and you can see a copy of that on their website. While they welcome Microsoft as a competitor, they also warned the software giant that they were the leaders in the enterprise messaging space and don’t think Microsoft can take the market from them. They think there’s something special about their service that keeps 4 million people on their service daily.

A lot of people think Slack shouldn’t have done this because that way, they actually show that they are scared of some competition from the biggest software maker in the world. Microsoft has a market value of $460b while Slack is reportedly worth $3.6b and is expected to have a $100m revenue by the end of 2016.