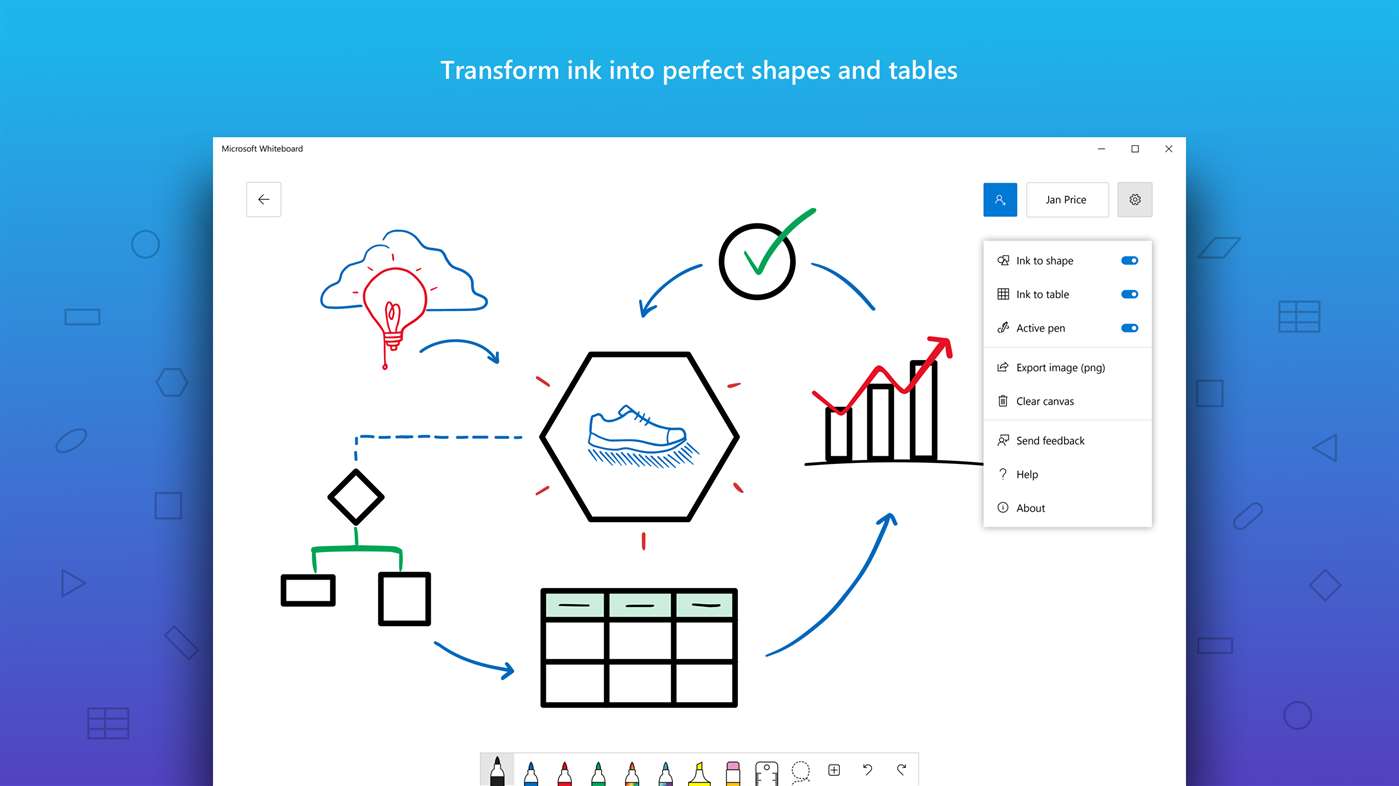 Microsoft announced a slew of product updates ahead of its Inspire developer conference in Las Vegas, Nevada. In addition to a free version of Microsoft Teams and enhancements to Workplace Analytics.

Ahead of its Inspire partner conference next week, Microsoft has launched its Whiteboard collaboration app out of preview. The freeform inking app is now generally available on Windows 10, and it will be “coming soon” to iOS and on the web. Whiteboard, for the uninitiated, lets you sketch, draw, erase, and attach sticky notes to a digital canvas. That’s just the tip of the iceberg, though — there’s a search feature that surfaces relevant images on the web, a virtual ruler tool, and a host of other design-centric tools.

“Since releasing a preview of the app in December, more than 200,000 customers have helped us fine tune the feature set and end-user experience,” Microsoft said. “Based on their feedback we’ve added a number of new features, including text notes, the ability to add and manipulate images, enhancements to shape and table recognition, accessibility improvements, compliance with various global standards, and more.” 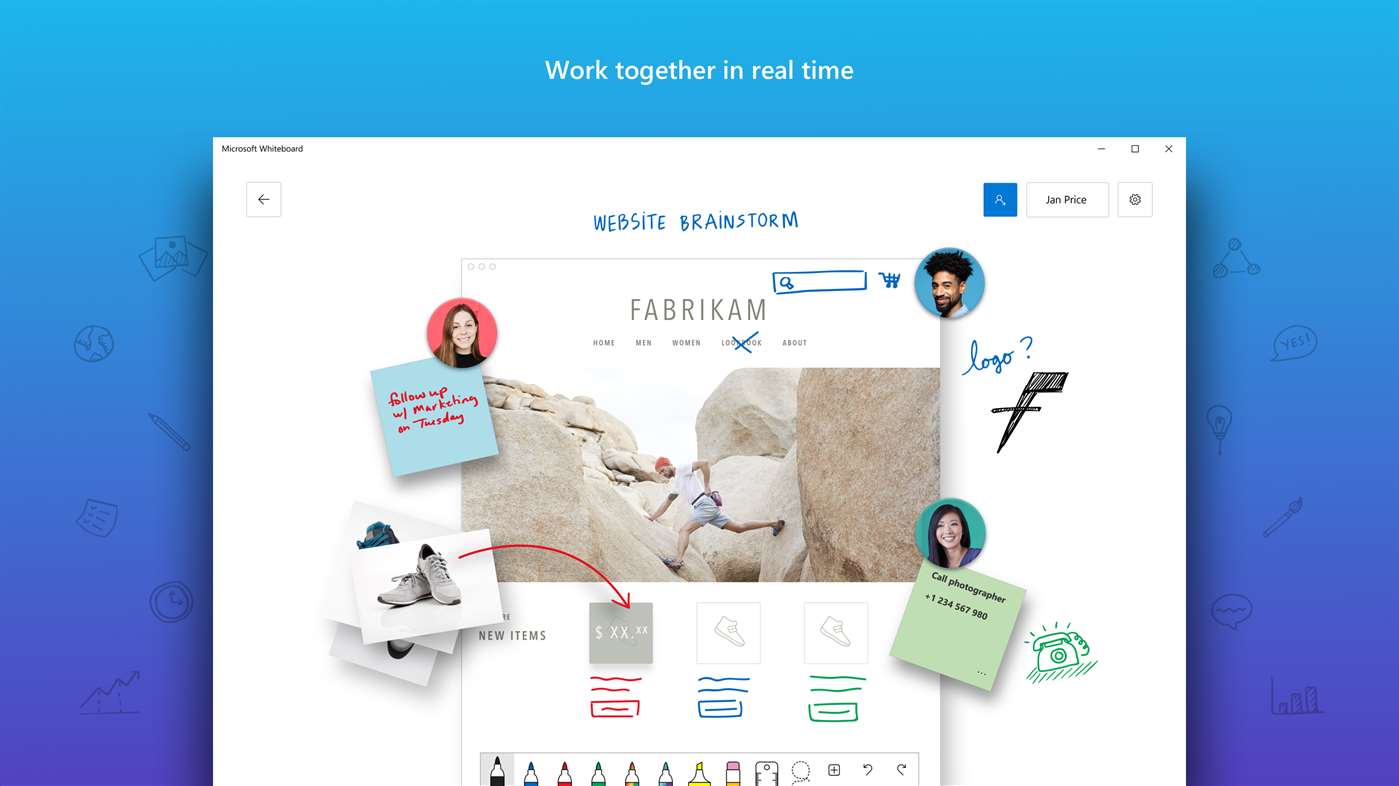 The app can be used for free on Window 10, but the catch is that, in order to collaborate and use the features, you have to sign into the app with an Office 365 work or school account then you can also collaborate with multiple people within that organisation. Or you will need at least one person in the team to have an Office 365 subscription. An Office 365 commercial account will be required for the web version and iOS version of the app.

Whiteboard has gained a number of new features in the seven months since it launched in beta. A few include a “team together” tool that allows multiple participants — even those working remotely — to contribute to a sketch or slide, and assigns each an avatar to help keep track of their respective contributions. Also, slides now save automatically to the Microsoft cloud. In addition, the latest version of Whiteboard supports geometric recognition, table conversion, automatic table shading, and other inking features on Windows 10, plus hardware styluses like the Surface Pen.

The Whiteboard team is also working on an Android version for the future. It’s not clear exactly when that will be available, but the web version of Whiteboard will work on Android mobile devices in the meantime. Microsoft hasn’t restricted its Whiteboard app to any particular browser either, and all major browsers are supported.