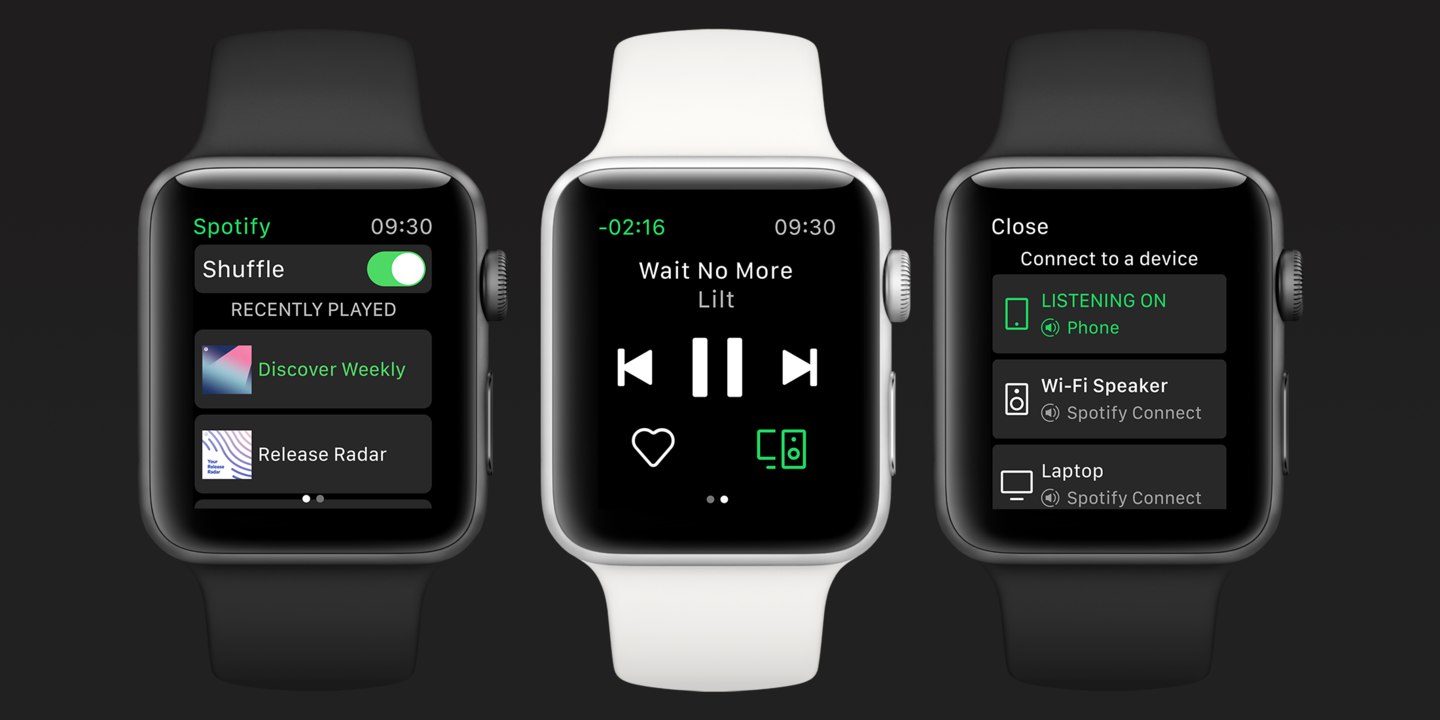 Smartwatches have been growing in popularity, albeit slowly, for the last couple of years, and so companies are starting to feel the need to cater to users of these mobile devices. Today, Spotify is joining the list of Apple Watch apps by giving users the ability to listen to their favourite music and control playback without reaching for their phone.

The music streaming service, which started testing its Apple Watch app earlier this month, has pushed out a first version that offers the ability to play music on the Apple Watch and control how music is played to Spotify Connect-compatible devices. Spotify has also included complications.

The new app doesn’t, however, allow you to sync songs for offline playback, and you can’t directly stream songs to the Apple Watch from your phone or LTE on the watch. The app essentially replaces the “Now Playing” screen on the Apple Watch and gives you a refined way to control songs being played on your iPhone or Spotify Connect-compatible devices.

“We know the importance of having music on the go, which is why we’re excited to bring a new Spotify app to our highly mobile users on Apple Watch,” the company said in a blog post “With this new app, users can enjoy an improved experience with better control and the ability to seamlessly connect to your speakers or devices.”

Though the app is officially live, Spotify says the new experience will be rolling out to Apple Watch users over the coming week. In other words, you may find that you can’t immediately add the Watch app as of today, but you should be able to soon.

To access the app, you’ll need the latest version of Spotify (v.8.4.79) from the App Store.