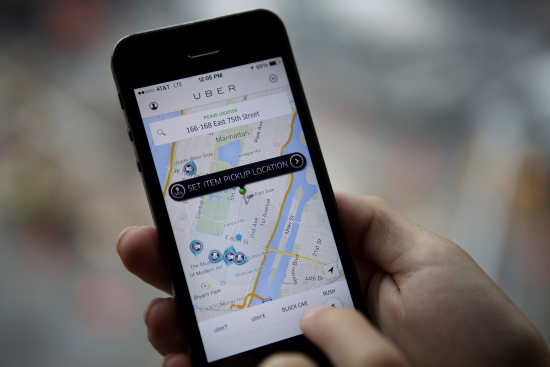 San Francisco-based Uber Technologies Inc, a company that allows users to summon a ride on their smartphones, has faced regulatory setbacks all over the world but still trudged on to set up shop in African cities starting with Johannesburg, Cape Town and Durban in South Africa, and recently entered Nigeria’s capital Lagos.

Uber also covers Pretoria from the Johannesburg office and is eyeing expansion into Abuja in Nigeria.
Uber, considered one of the fastest-growing companies globally, has in recent months come into serious head wind with regulators in France, Spain, Netherlands and even in Cape Town where police impounded 33 Uber vehicles in a dispute over what type of permits drivers should hold.

Despite these challenges, the taxi service app company that operates in over 250 cities in the world — up from just 35 in September 2013 when it launched Uber in South Africa’s capital, Johannesburg — still sees a huge opportunity in partnering with taxi service operators in African cities.

Alon Lits, general manager of Uber Johannesburg told AFKInsider on the sidelines of Social Media Week in late September last year that the global tech firm was “very excited about Africa” and was seeing it as “a huge market”.

“We will get the mobile app wrapped around the African context,” Lits said, adding that after lauching in Lagos, Nigeria, they were eyeing to set up in Kenya’s capital Nairobi.

“We are looking to bring Uber to as many African cities as possible.”

In December the company advertised three vacancies for the Nairobi office on its careers site, an indication it may be starting operations in the city in the next few months.

Uber’s revolutionary way of making taxis accessible to anyone whenever needed has disrupted the cab industry across the world by conveniently connecting drivers with customers in the same area, significantly cutting transit times.

Uber’s model allows users to share rides and customers to pay for the services using their credit card directly to the company, which then remits a percentage to the drivers, who in most cases are independent car owners that might or may not be linked to any cab company or association.

This disruption has not gone down well with some existing operators.

In the recent incident in Cape Town where 33 vehicles belonging to Uber were impounded, other operators complained to the local authorities of losing business to unlicensed Uber taxi operators leading to the round up.

Traditional cab drivers argue that as a software group, the rules and regulations surrounding the cab industry don’t seem to apply to Uber.

Craig Robinson, a director at the meter taxi call centre SACAB in South Africa told A24 that Uber drivers can be anyone, they don’t need licenses.

Lits however says that is not the situation everywhere the service has been set up.

“We operate and in essence compete with taxi operators. What we’ve found surprising in this African context is that most of these operators see Uber as an ally. Rather than fighting the technology and change they are embracing the technology.”

Are They Serious About Africa?

The app-based transportation network this week announced that it hired Ebi Atawodi, a renowned marketer in Nigeria who was until her appointment the head of Corporate Communication at telecommunication firm Etisalat, as the Lagos General Manager.

The company which boost of deep pocketed financiers like Google Ventures and Goldman Sachs, raised $1.2 billion in June 2014, valuing the firm at over $40 billion in capitalization.

According the Uber’s CEO, Travis Kalanick, part of this cash will go into hiring at least 1000 personnel in the expansion markets including Africa.

Lits said the company does not use a one-size-fits-all policy when it enters a market, but seek to adopt to the existing environment including using different payment systems that will work for its customers in the target market.

“Uber is a global solution but we have to take local context into account. If there are barriers from a payment perspective in certain market the app and our system needs to adopt to that barrier. We need to turn that barrier into an opportunity,” Lits told AFKInsider.

In a country like Kenya, where credit card use is still very low, Uber might in this case consider using the country’s mobile payment system such as M-Pesa or Airtel Money to get more locals using their service.

For now Uber seems to have cracked the pricing and mode of payment challenge that Malaika Judd, Principal and Mentor at Savannah Fund, sees as the biggest challenges for taxi apps the seek to operate in Nairobi.

But the social aspect of the business still remains a challenge for Uber.

“When Duban was launched … South Africa was the only country outside the U.S. that Uber had three cities operations at the same time. That just shows you how serious Uber takes the African opportunity,” Lits said.