Ever wondered if you can make payment via WhatsApp? Think no further as WhatsApp is making plans to add payment options via UPI to its app which will soon be out in beta version of their app. The beta version will be used to preview the UPI payment feature. The WhatsApp beta version which will be version 2.17.295 will have the UPI integration feature.

According to a blog post in WABetaInfo, “immediate bank to bank transfer will be done via UPI “which will have users click on the “agree and continue” at the bottom of the page to accept the WhatsApp payment terms and condition policy as well as the bank’s terms and conditions. In the blog post, the feature is still hidden and not yet out to the public as those who have the updated beta version might not see it. 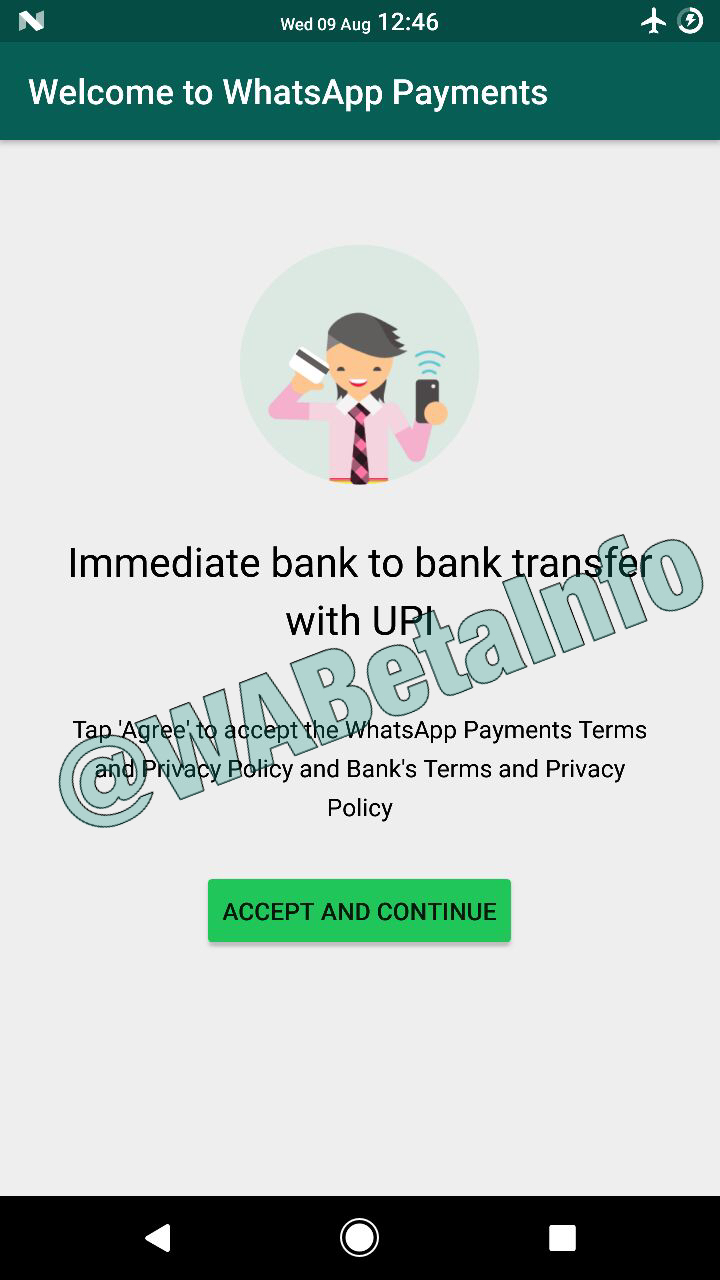 The UPI stands for United Payment Interface which allows users transfer money by just using the other person’s UPI address or VPA (virtual payment address). UPI helps ease users’ stress instead of relying on their bank for the transaction. Users can share their UPI address to their friends and business partners and get paid instantly which makes payment among people more fun and secured. With the UPI, everyone gets paid so long as they have an address that can be used to fund their account immediately.

WhatsApp will get a UPI integration payment option before Facebook Messenger as was earlier. It says the national payment corporation is working endless to help WhatsApp achieve this payment option in the beta version “As far as WhatsApp is concerned, discussions have commenced, For the Facebook messenger the discussions are still in the preliminary stage,” however the basic and important approval will come from the RBI and other companies like Google are also making plans to add the UPI options to their platform to enable users make payment and purchase things online with ease.