Over the last several years, the use of technology in daily life has exploded. Today, almost all of us carry handheld devices with full internet connectivity and more computing power than many older PCs. Other technologies, too, have come into day-to-day life, and some of these are just now starting to truly make their impact felt. Here are four of the top technologies you can expect to see more and more of over the next several years.

3D Printing
3D printing is a technology that allows parts and objects to be created completely from scratch using raw materials and a digital blueprint. Already, this technology can be used to create simple replacement parts for products in the home. Over the coming years, there’s a good chance that advancing 3D printing technology will replace the supply chain for many products, allowing items to be printed in the home and eliminating delivery wait times.

Wearable Tech
Beginning with the emergence of smart watches, wearable technology has evolved into an entirely new field of consumer electronics. Technology that can be worn throughout the day has many applications ranging from allowing easier communications to monitoring a user’s vital signs and gathering medical data for doctors. As wearable tech products become more affordable, you will likely see them becoming more and more common.

E-cigarettes
Among the most common and popular tech developments of the last decade are e-cigarettes and vape sticks. While they were fairly rare a decade ago, today most smoke paraphernalia shops like Mile High Pipe & Tobacco always keep them in stock. By replacing traditional cigarettes with a healthier and more cost-effective solution, these consumer products have skyrocketed in use, especially among those who are trying to quit smoking. The fact that vape sticks now offer liquids in many different flavors has also allowed them to beat cigarettes in usage among younger users who don’t care for the flavor of real tobacco.

Virtual Reality
Once little more than a science-fiction concept, virtual reality has become a working technology. In every area from medicine to business to entertainment, virtual reality systems are becoming more widespread and more useful with each passing year. With the ability to fully immerse yourself in a virtual world, there’s no telling what could be possible in the coming years.

These are just a few of the technologies that are slowly working their ways into our daily lives. With these and other technologies, there’s virtually no limit to the technological power the average person will have at his or her fingertips every minute of every day in the near future. 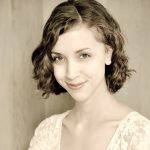 Kara Masterson is a freelance writer from West Jordan, Utah. She graduated from the University of Utah and enjoys writing and spending time with her dog, Max. Kara is the youngest of four. She has two hilarious brothers and one beautiful sister. She also is the aunt of 4 crazy little girls that she loves more than anything!! Kara is not yet able to be a mom, but she loves being around kids, and being like a second mom to her nieces. She dreams of the day that she can start her own little family.