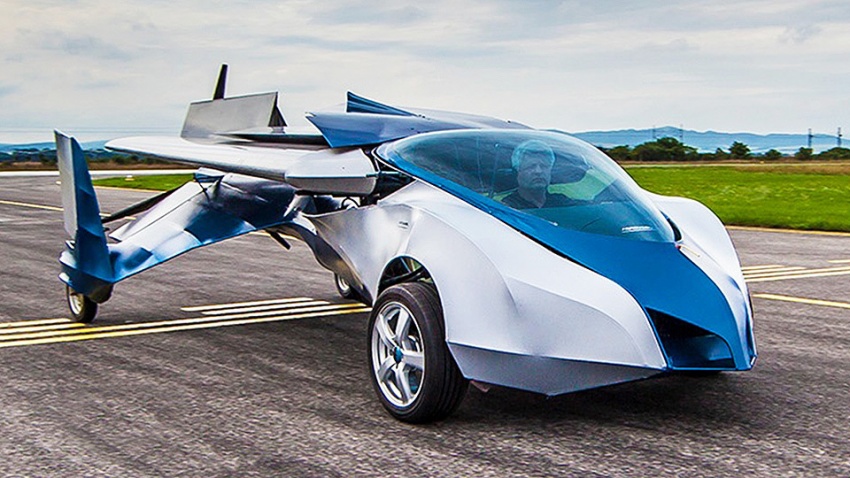 As a boy in  Lagos, I used to detest staying in traffic on the way home from school especially if  I had prior knowledge of the lunch awaiting me upon my return in the afternoon. Even I and not just those “crazy” Sci-Fi movies used to think of how the car taking us home from school would just fly over other cars and land on our street after some minutes. Then lots and lots of movies came out showing concepts similar to this crazy thought of mine. Well crazy was the word I used to describe it until this article from Bloomberg on Zee.Aero; a startup building just what I described.

Zee.Aero is California based startup owned by Google Co-founder Larry Page who is funding this project from his own pocket. Launched in 2010, the company aims to produce cars that are capable of taking off and landing vertically.

Flying cars, of course, are ridiculous. Lone-wolf inventors have tried to build them for decades, with little to show for their efforts besides disappointed investors and depleted bank accounts. Those failures have done little to lessen the yearning: In the nerd hierarchy of needs, the flying car is up there with downloadable brains and a working holodeck.

But better materials, autonomous navigation systems, and other technical advances have convinced a growing body of smart, wealthy, and apparently serious people that within the next few years we’ll have a self-flying car that takes off and lands vertically—or at least a small, electric, mostly autonomous commuter plane. About a dozen companies around the world, including startups and giant aerospace manufacturers, are working on prototypes. Furthest along, it appears, are the companies Page is quietly funding. “Over the past five years, there have been these tremendous advances in the under­lying technology,” says Mark Moore, an aeronautical engineer who’s spent his career designing advanced aircraft at NASA. “What appears in the next 5 to 10 years will be incredible.”

Auto and tech giants are more focused more on self driving cars and Google is not new to this concept but it’s interesting that the report went on to say it’s actually easier to build and commission flying cars than self driving cars. This is according to NASA (National Aeronautics and Space Administration – American) engineer and researcher Mrk Moore. Zee.Aero is not alone in the race to make this a reality though as another company , “JoeBen Bevirt, a mechanical engineer and entrepreneur who had studied under Moller at UC Davis. Another was Ilan Kroo, an aeronautics and astronautics professor at Stanford. Bevirt founded Joby Aviation, a company he hopes will beat Zee.Aero to market and prove that his efforts with Moller—and the older man’s life’s work—weren’t in vain. 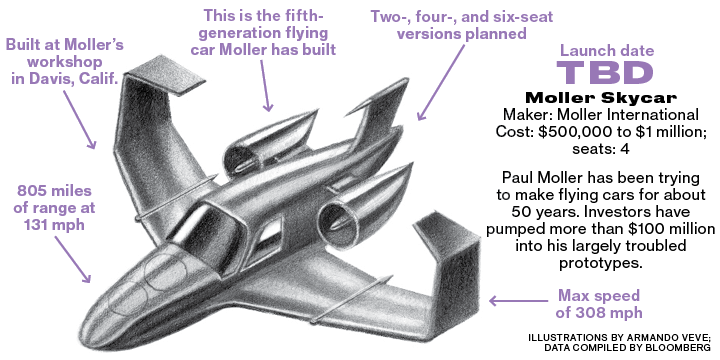 Bevirt owns a 500-acre compound near Santa Cruz, Calif. To get there, you turn onto idyllic California State Route 1 and drive past the boardwalk, a few blocks of strip malls, and 15 miles of undeveloped, windswept coastal dunes. Then you turn onto a dirt road, pass a lake and a grove of towering redwoods, and walk through gardens overflowing with lavender and roses. It’s here that Bevirt has built a series of workshops, plus housing for about half of his 35 employees.”

Larry Page won’t be the only billionaires is looking at futuristic transports and is self  funding their personal ventures  as Elon Musk (Tesla and SpaceX) and Jeff Bezos of Amazon who’s looking at space travel. Larry Page is reportedly worth $37.3b/13tr Naira as of yesterday according to Bloomberg. Zee.Aero currently employs about 150 people and Larry Page is said to have spent about $100m/34b Naira and is not done yet.