2016 was certainly a good year for mobile but which apps were the top ones?

According to a report released by Nielson at the end of last year, Facebook was the number one with an average usage of 146 million per month last year. The figure is up 14 percent from 2015. Messenger (Facebook Messenger at 129 million average monthly users) grabbed the second spot and another Facebook owned app Instagram came in at eight. But Google was the other big player in the top 10 with YouTube (at 113 monthly average users) and Google Maps at numbers 3 and 4 respectively. Google Search, Google Play and Gmail came were numbers 5, 6 and 7 respectively. 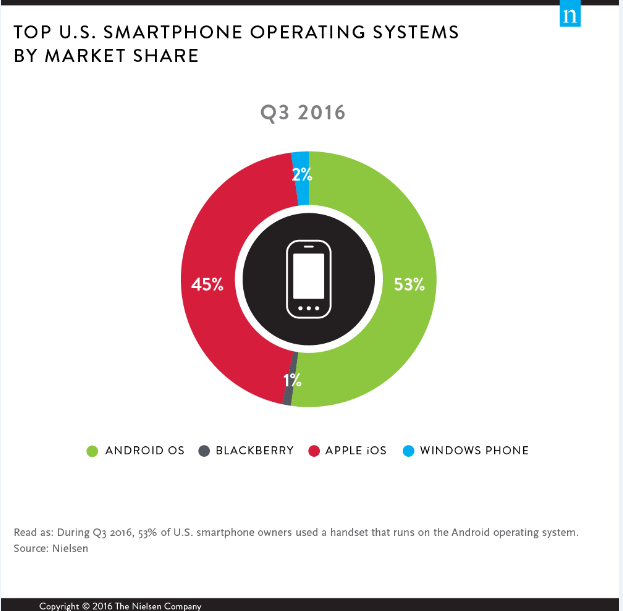 Other non-Facebook and Google apps on the list include Apple Music and Amazon app.

More than $5 billion ($5.27 billion) was spent online by the end of Black Friday, a 17.7 percent increase year-over-year (YoY). Black Friday set a new record by surpassing the three-billion-dollar mark for the first time at $3.34 billion (21.6 percent growth YoY) while Thanksgiving accounted for the remaining $1.93 billion. Black Friday became the first day in retail history to drive over one billion dollars in mobile revenue at $1.2 billion, a 33 percent growth YoY according to a separate Adobe Black Friday report.