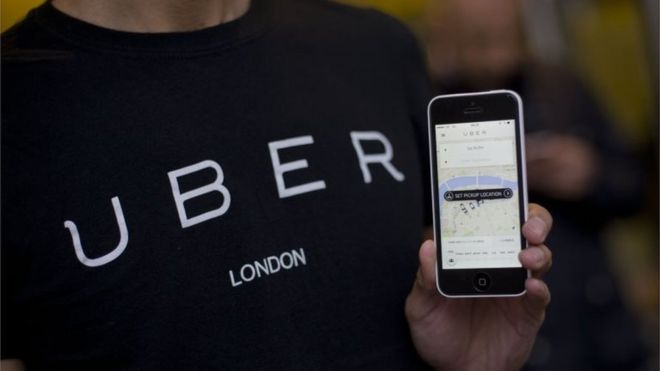 Uber is in yet another big trouble and this time it’s in London where the authorities have decided not to renew their license to operate. Transport for London (TFL) says that the ride hailing company is “not fit and proper” tom hold a private hire operator licence which means Uber’s licence won’t be renewed when it expires on the 30th of September.

The TFL said the decision was made out of “public safety and security implications” and let me add that the London Mayor Sadiq Khan fully supports the TFL’s decision.

But Uber said it would appeal the ruling but also added that this showed that London is not open to innovative companies. Uber said in a statement that “Transport for London and the mayor have caved in to a small number of people who want to restrict consumer choice.” The reason they may have said that is because the London authorities have been under pressure by the traditional cab companies to ban Uber as they think Uber is a threat to their business and stifles completion. The London Black Cabs are usually more expensive so you can see why about 3.5 million people in London prefer to use an app and pay less in transport fare by ordering an Uber.

Besides the loss of 3.5 million users who rely on the app, Uber has about 40,000 drivers in London and this means 40,000 more people are likely to be looking for new jobs soon should Uber lose the appeal.

Mayor of London Sadiq Khan said “I fully support TfL’s decision – it would be wrong if TfL continued to license Uber if there is any way that this could pose a threat to Londoners’ safety and security. Any operator of private hire services in London needs to play by the rules.”

General Secretary of the Licensed Taxi Drivers’ Association Steve McNamara said: “The mayor has made the right call not to re-license Uber.

The man in charge of Uber in London Tom Elvidge said: “To defend the livelihoods of all those drivers, and the consumer choice of millions of Londoners who use our app, we intend to immediately challenge this in the courts.”

The reaction so far on Twitter has been mixed and while many oppose it, Uber critics say the American company does not support British values in the way it runs it business. They say it is not subject to the same regulations as others and congests the roads. They accuse Uber drivers of doing as they please on London roads.

The bigger fear though is that Uber may be well under the threat of expulsion from the UK as a whole. Consider this, London is the UK’s number one city and hosts representatives from all parts of the country. Its influence is great and can’t be underestimated. Uber operates in more 40 UK cities and towns and by losing its crown in London, it could very well be under threat from other city council authorities as well.

It’s been a long time coming though as Uber has faced on legal battle to another in London and with protest from traditional cab unions, it looked like this was bound to happen at some point at least from a political perspective.

But Uber has overcome some of these legal challenges in the past and since it has said it would challenge this, we’ll wait and see although this has the backing of the authorities which is the difference this time.

However much you oppose this, Uber has some blame in all of this as well. Reports are their corporate culture has come to light including privacy issues it has had.