A Financial Times report puts the number of Apple Music Subscribers at 10million. This is up 3.5 million when Tim Cook reported that number back in October 2015. This rise in the number of people now streaming music instead of downloading them means not just a decline in downloads but a drop in sales of digital content. Consumers continually are shifting from the era of owning digital content to just accessing them in the cloud or over a network and the music industry is not different.

This is all contained in the Nielsen report which as released earlier this month. Nielsen is an organisation that studies the online and other digital behaviours of consumers cut across over 100 countries. 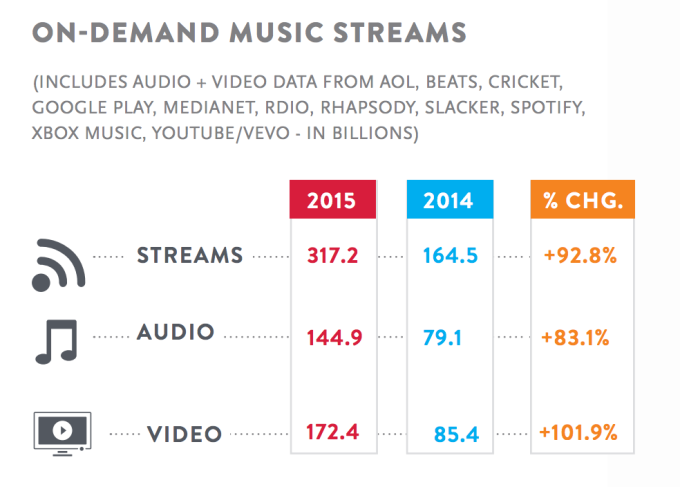 In the full report which you can see below, 2015 is considered a year when streaming became popular. Here are some stats for you;

When users were surveyed, several reasons were given for why they would rather or rather not subscribe to streaming services. See charts below. Let me state that the figures cut across the major streaming platforms. 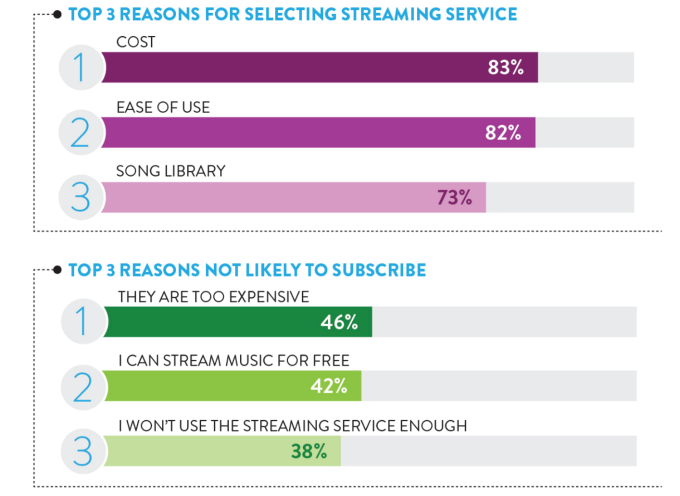 In Nigeria, the Punch online reports that Nigerian spent a whopping 54b Naira/$270m/27b KES on streaming services in 2015 alone. Services like iRoko on the video on demand side and Cloud 9 on the music streaming represent a growing interest among Nigerians in such services. This all comes amid reports that NETFLIX is now live in many African countries