Hello iPhone users, it’s time to bring your chat experience to life, with hundreds of emojis which will be part of the iOS 11.1 rolling out soon. Yes you read right iOS 11.1, the new emojis will make it to developer, and there will be a better previews of the operating system by next week, during a public release speech by the Company. 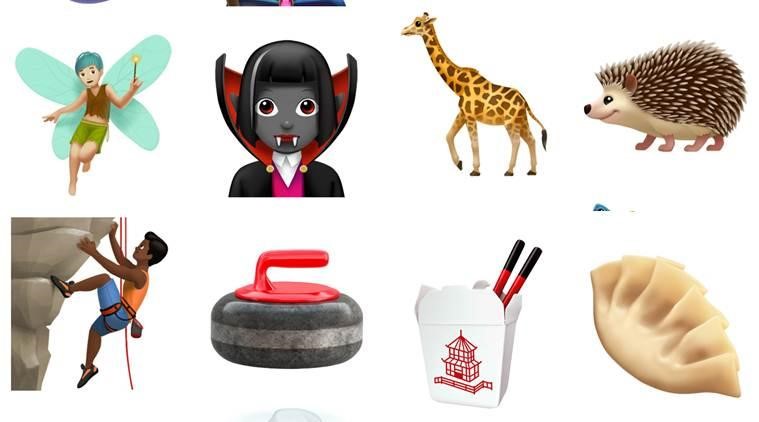 Apple said in a press release that “iOS 11.1 will also include characters announced on World Emoji Day like Woman with Headscarf, Bearded Person, Breastfeeding, Zombie, Person in Lotus Position and new food items such as Sandwich and Coconut,” also added the company spokesman said that added to the emojis that will be included in the iOS 11.1 will be the Love-You Gesture which has been inspired from ‘I love you’ hand sign in American Sign Language.

During the world emojis day in July 17, the company previewed fifty one amazing emojis approved by the unicorn Consortium and some of the emojis approved are T-Rex, Zebra as well as Star-Struck and Exploding Head smiley faces emojis and a whole lots of others. Here is the list of the emoji to be added in the soon to launch iOS 11.1.

Apple’s new emojis for iOS 11. 1, will come out few days after the beta android version of WhatsApp rolls out its own emojis. Most emojis released by Facebook are heavily inspired by Apple, and Facebook messenger emoticons are different from the usually used , which was launched in 2016 on the platform.

Apple hasn’t specified the final release date for iOS 11.1 for iOS, macOS and watch OS , but as I guess we just have to wait and enjoy our chats even more with the new emojis rolling out soon.