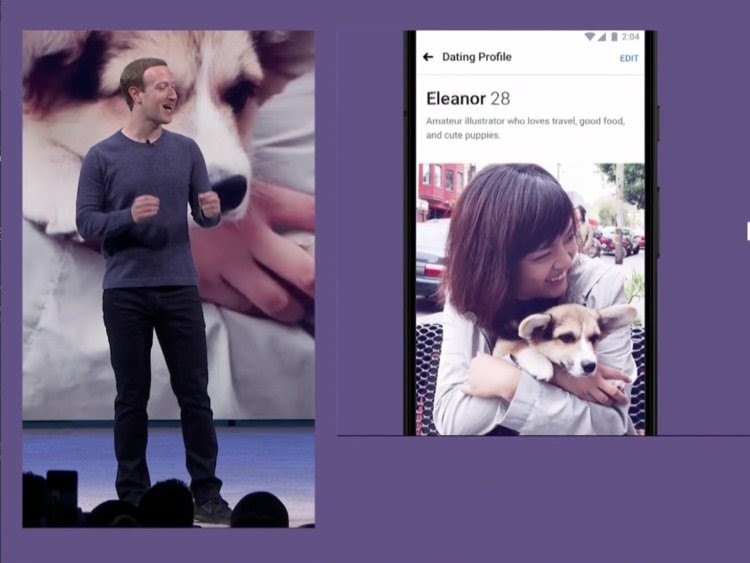 Do you Trust Facebook with your data? How about with your love life? I guess it’s time you do as that’s what the company is hoping for. Yesterday, during the F8, Facebook’s annual developer conference, Mark Zuckerberg announced a new dating service, simply called “Dating,” that will exist right within the social network’s own app. It will allow Facebook users to create separate profiles from their main Facebook accounts to pursue romantic connections. The two profiles won’t interact, meaning your Facebook friends won’t be able to see what your Dating profile says. And it should make dating app incumbents like Tinder and Bumble anxious.

The features are a long time coming for the 14-year-old social network, which has allowed users to broadcast whether they’re single or in a relationship since it first went live in February 2004. The move will likely transform Facebook, with its more than 2.2 billion monthly active users, into a major competitor of Match Group, which owns and operates mobile dating app Tinder and popular dating platform OkCupid. The Match Group’s stock plummeted by more than 17 percent as soon as the news was announced.

Facebook will likely become a major Competitor to existing only in me dating services. Zuckerberg joked onstage saying that “This is going to be for building real, long-term relationships — not just for hookups,”. He added that it’s going to be within the main Facebook app, but it will be completely optional and opt-in only. “We have designed this with privacy and safety in mind from the beginning. Your friends aren’t going to see your profile, and you’re only going to be suggested to people who are not your friends.”

Facebook product chief Chris Cox took the stage after Zuckerberg to shed more light on the new dating features and to give the audience a tour of the design. The profiles look similar to other mobile-focused dating apps like Tinder and Bumble, with full-page profile photos. However, Facebook’s take on dating is more community-focused, with integrations for the events and groups you’re a part of on the platform.

Cox also mentioned a feature called “unlocking,” which will let any user of Facebook’s dating platform make his or her profile visible to other attendees of events or members of groups. From there, messaging takes place in distinct chat threads separate from Facebook Messenger. Cox says Facebook will announce more information, including a release date and rollout info for the dating features, later this year.

Some people speculated that Facebook would restrict its dating app features based on a user’s provided relationship status, such as “in a relationship” or “married,” as Zuckerberg introduced the feature by saying it was designed to appeal to users who list themselves as “single.” The company does not appear to be doing that, however, and there is no indication that Facebook is interested in excluding open relationships or other non-monogamous forms of dating from the platform.

We want Facebook to be somewhere where you can start meaningful relationships, so we’re excited to start rolling this out soon,” Zuckerberg said.