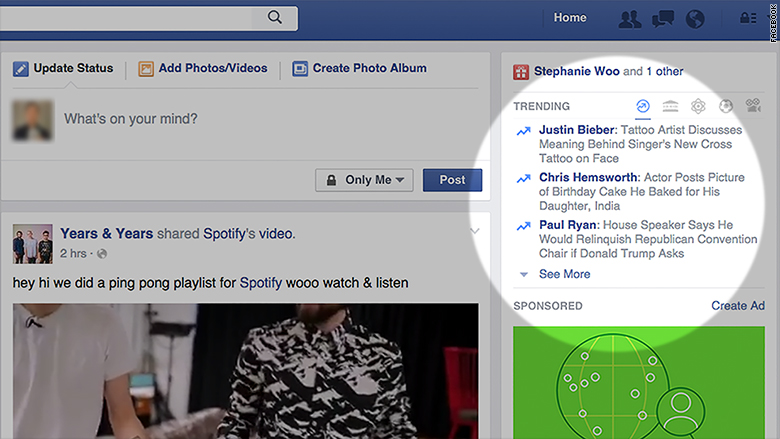 You’ve likely noticed the Trending box in the upper right-hand corner of your News Feed page before, only to forget about it and never click on a link there again.

Facebook has announced the removal of its Trending Topics section this week, the company signalling that the controversial feature was better off dead as Facebook has builds different products for news. Noting that the much-maligned Trending topics section is accounted for just 1.5% of clicks to news publishers in the countries where it was displayed in the News Feed.

Introduced in 2014, Trending is available in five countries. According to the company, Trending accounted for only 1.5 percent of click to news publishers on average and thus it is being removed. “From research we found that over time people found the product to be less and less useful. We will remove Trending from Facebook next week and we will also remove products and third-party partner integrations that rely on the Trends API,” said Alex Hardiman, Head of News Products in an official blog post.

The section, which takes up important real estate on the social network’s desktop interface, has faced backlash since it first rolled out in 2014. Often criticised for surfacing conspiracies and fake information, like a hoax about 9/11 and a false article about then-Fox News anchor Megyn Kelly, the Trending Topics section sparked an outcry in 2016 when a report alleged the feature purposely suppressed conservative news outlets.

In place of the Trending section, Facebook will focus on delivering high quality, reliable news via mobile and video, areas where it’s seen users gravitate to get their news fix.

To that end, Facebook is testing several new features, including a breaking news label for news outlets, breaking news notifications, a Today In section and more news coverage in Facebook Watch.

The decision to eliminate the section is the latest example of Facebook rethinking how news is presented on its platform after more than a year of criticism over fake news and election meddling.