Teams gets upgrades including Cortana integration 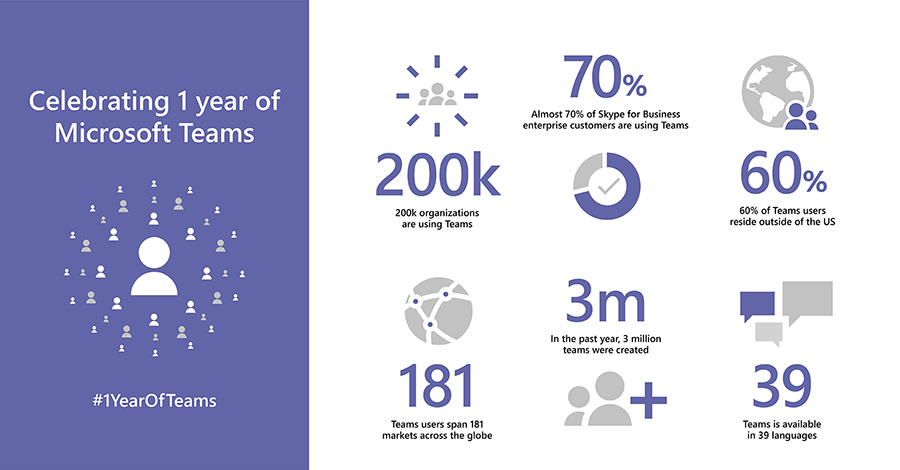 Launched in November 2016, Microsoft’s Teams has managed to outperform its counterparts so far like Google Suite and Facebook Workplace. About 30,000 businesses were using Facebook Workplace as of October 2017 but while Microsoft has something to celebrate here, its main competitor Slack still leads in this area. As of September 2017, Slack had 6 million daily active users with 2 million of those users paying.

Microsoft hasn’t disclosed the number of individuals using this service but it looks like they are not yet up to that of Slack which is why they may have chosen to just report on an organisational level first.

To mark one of year of Teams launch, Microsoft is bringing the following features this year to it;

As an enterprise grade application with no free version in sight just yet, other features coming to Teams probably in the second quarter of this year include Direct Routing, Consultative transfer and call delegation among others.

Microsoft has always used the strategy of having customers pay its collaborative services from onset and maybe it has slowed them down a bit with respect to having more customers but it has also driven the software maker’s overall profitability over time. While others like Slack have free users just as any other online services from music to video streaming, this strategy has also proven to be effective over time in that some of the free users who like the services and want more out of it just decide to pay even though history tells us that a majority will still remain in the free zone. Spotify for example has 70 million subscriber and about 30 million of them are paying.