Snap’s Spectacles (the smallest wireless video camera there is by Snap formerly known as Snapchat) comes to Europe. The product was made available to US buyers last February for $129.99 and has spread to Europe just in time for summer.

The product was first available in vending machines but seeing as those machines could not cater for demand, they made it available on their website which is the way it is being in sold in Europe as well. You can visit their website or the vending machines to buy yours in Austria, Belgium, Denmark, Germany, Spain, Finland, France, Ireland, Italy, Netherlands, Norway, Switzerland, Sweden and the U.K. for €149.99 or £129.99. 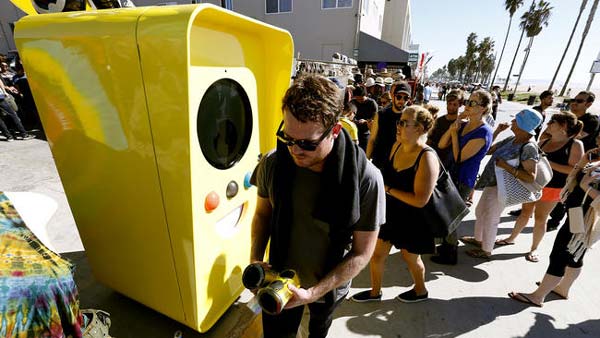 As for the vending machines, they say you should be able to find them in cities like Barcelona, Venice, Paris and London from yesterday but the spots might change as Snap plans to move them around cities in Europe.

The connected sunglass that’s capable of recording 10 second videos and is capable of taking a day’s worth of Snaps on a single charge which can be seen in the Snapchat app.