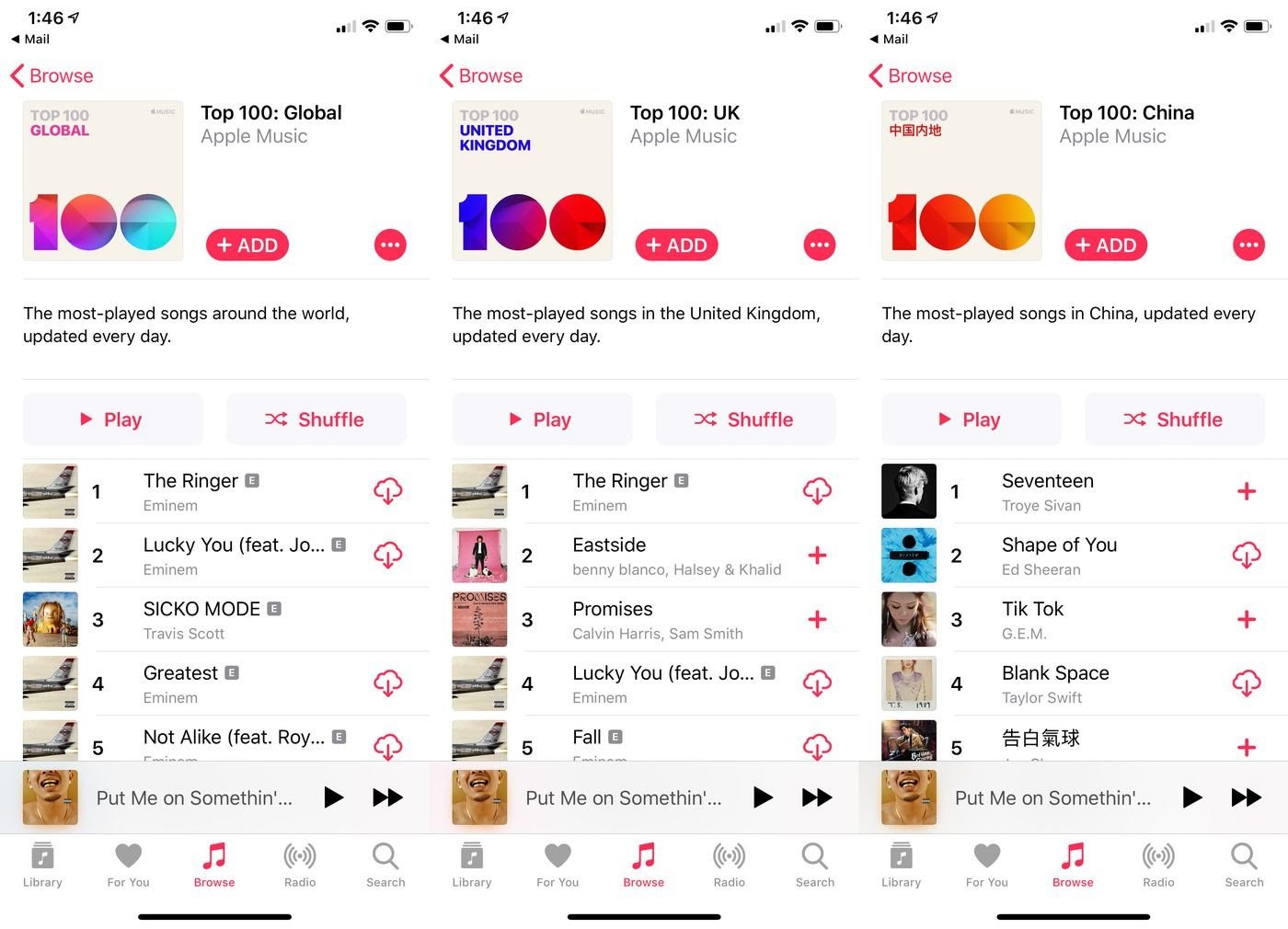 As pointed out by a Rolling Stone, Apple Music is rolling out its own “Top 100” music charts showcasing both country-based charts and the top songs globally—Today, the tech giant Apple has added 116 charts to the service today for users on iOS 12 beta and macOS Mojave beta including one global chart and one more for each country where Apple Music is available.

The charts display the top-streamed songs on Apple Music and are refreshed on a regular basis. The charts, which are updated daily at 12 a.m. PST, are grouped together under the platform’s “Browse” tab and have a similar visual appearance to that of playlists or albums.

The rollout of the new charts arrives days before Apple’s “Gather Round” event on September 12, which is widely expected to be the launch of new iPhone models, among other products. Software updates, including details of the releases of operating systems such as iOS 12 and macOS 10.14 Mojave, are also expected, with other changes to Apple Music potentially making an appearance at the event. 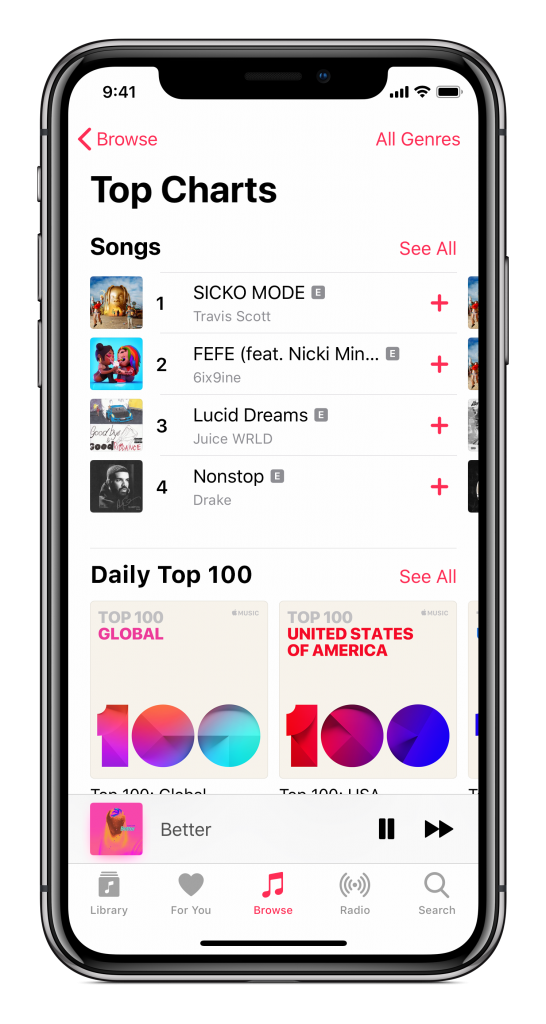 The addition of new charts arrive at a time when the power of streaming services in measuring a song’s popularity is being viewed differently. Major charts around the world have updated how they calculate a song’s positions in the charts due to the altered changing spending habits of consumers, opting to listen to streams instead of buying tracks or albums outright.

The Apple Music service previously featured a Top Charts section in the Browse portion of the app, but it was limited to a select number of songs, playlists, albums, and videos with no breakdown by country.  Apple Music executives demonstrated the new feature, which is located under the “Browse” tab with a visual appearance similar to playlists or albums.

However,  an upcoming update will be coming to Apple Music app on Android will bring 4th he charts to the platform. But It will also be available on tvOS 12. The Top 100 charts should be rolling out today as part of an update for iOS 12 and macOS Mojave beta testers.